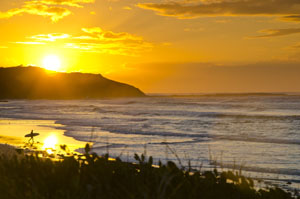 The year 2008, brought the beginning of a major series of human and economic altering events. Including what many thought would be the collapse of the American banking and financial system. This series of financial events marked a critical hinge point in our pursuit of earthly desires. Erased was the methodology of the era. Eliminated were the rules of the game which guided many through the days of overindulgence. It was as if, in one single day, unannounced, someone reset the rules of human pursuit and obtainment.

If you have failed to recognize this hinge point and the development of a new set of rules you are being left behind. The rules of the era past WILL NOT return! Facing this reality you will understand that a new set of rules are in order. It IS YOUR responsibility to learn these rules. In the ensuing decades we will only be left with those that Have, and those that Have Not. And with each passing day the caravan of those who HAVE draws further from your view. So, the choice is all yours... which will it be - fall behind, get left behind in a world of Have Not or read this book series and apply its lessons? In the following pages, you will be given the opportunity to learn and practice the new rules of Pursuit and Obtainment. Here, you will learn to uncover your highest potential; leading you to that place where you can Be, Do or Have, anything that You desire.


Are we together on this?  Good!

Let’s get going, there is much to cover and we will need to accelerate to avoid being left behind. It will be very important to first review a few details surrounding the creation and pursuit of desires...

First things First...
Each living being is in pursuit of something. For simplicity,  let's divide ‘living beings’ into plants and animals. In common, both plants and animals exist through a fixed genetic cycle. So what differentiates the plants from animals?  Most significantly, the brain!  Buried in the human brain are the key differentiators which promote a life of continued learning. The most significant of these differentiators, being... the animal instinct of fight or flight.  This is part of the survival code implanted within each of us, passed-on through the millennium, allowing the creation of a path of extended survival. As we exit the era of overindulgence we find that this instinct has been compromised through excess and convenience. After all, with the availability of many things in excess, and the convenience of immediate satisfaction there is no need to fight for survival and there is nothing to flight from.

In the days ahead excess and convenience will be scarce. If you do not believe me, ask the twelve+ million United States unemployed who are wondering where the cash will come from to the feed their family, to put gas into their tank, to make their next mortgage payment. Or ask the 3+ million college graduates who will continue to walk aimlessly into a non-existent job market. So, let’s keep reading... there are lives at stake here - agreed?

- Have you ever seen a professional boxing event? Ever notice all the activity in the Boxer's corner? The corner is where all the action is! Here, in every boxers corner is the Boxing Coach, the Trainer, Medical Attendant and the 'chair' guy. That's right the 'chair' guy! In your corner, the chair guy is your quite, unassuming, support staff. As a Boxer -chair guy, maybe your most important asset. Think about it-

Oh sure, the Coach is screaming at you to COVER-UP / COVER-UP!! GET AWAY FROM HIM - HE'S KILL YA!!... JAB, JAB! -- All very important instructions, without doubt. But, without Chair Guy - you're standing! Round 10, breathing hard -you're standing! Round 13, exhausted and pummeled -you're still standing. Without the chair guy, who slips you a squirt of water between rounds? And if your main attraction doesn't go so well - Without the chair guy, who rushes to your aid and offers to pick you up off the canvas? That's right, the chair guy has only one perspective of motivation... Your Survival. Your Highest Potential.

Think of me as your chair guy. I'm here in your corner for your highest potential. This Blog is your chair. The words are your sip of water.

Now, get back out there - and Cover-Up! These guys will hurt you if they have to.